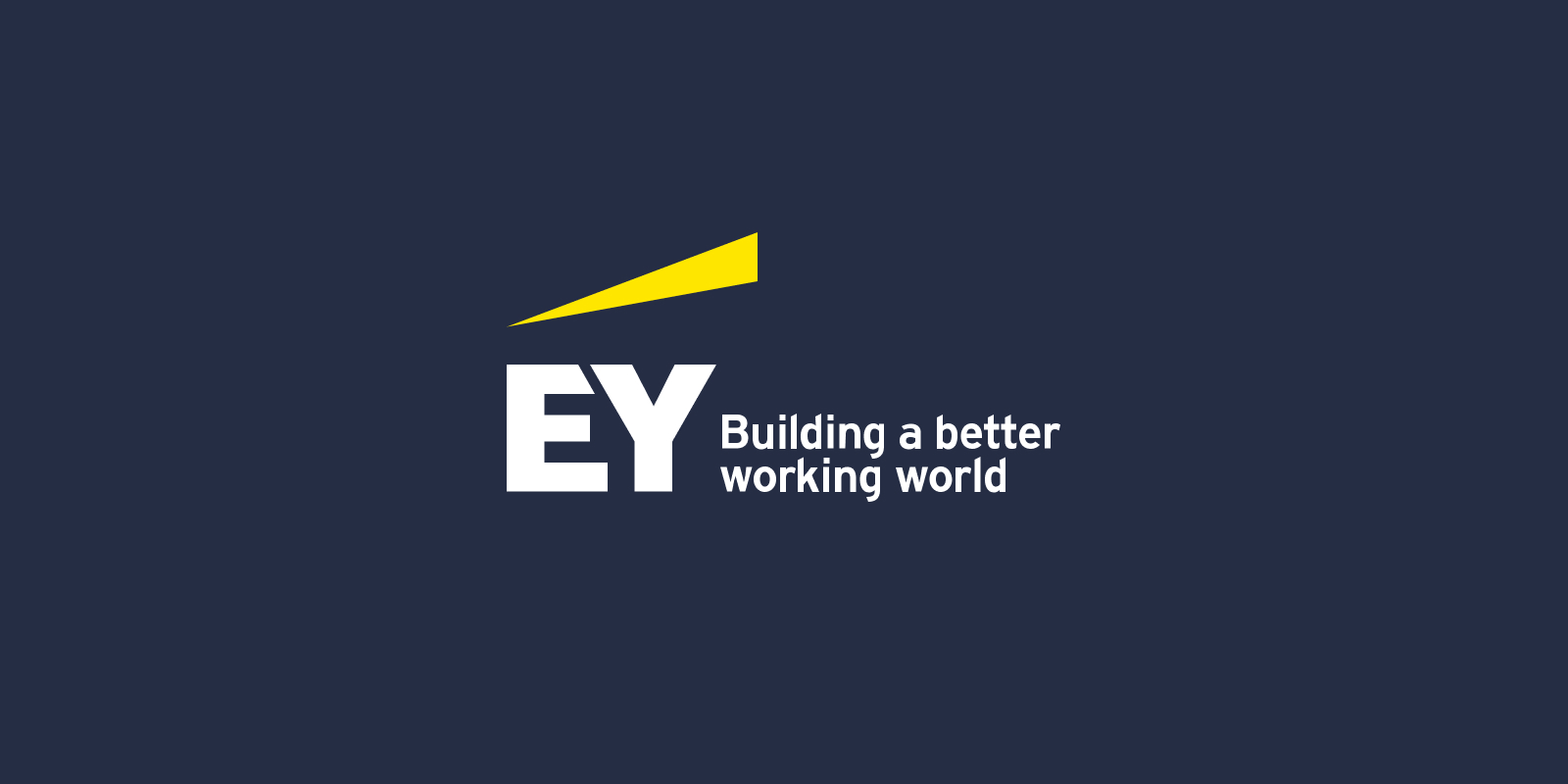 On 22 November 2022, the OECD held its fourth annual OECD Tax Certainty Day. Speakers at the virtual meeting included members of the OECD Secretariat, country delegates representing finance ministries and tax authorities, company tax executives and academics. During the event, the OECD released the 2021 statistics on MAPs and presented the 2021 MAP awards. There were also updates on other activities of the MAP Forum, the International Compliance Assurance Programme (ICAP) and the ongoing work on tax certainty under Pillars One and Two of the OECD/G20 project on addressing the tax challenges of the digitalization of the economy (the BEPS 2.0 project).

The meeting began with an introductory session, with speakers from the OECD Secretariat and the Business at OECD Tax Committee who highlighted the continued importance of tax certainty and the need for long-term transparency and collaboration to achieve this. It was acknowledged that the tax certainty landscape faces challenges. On the dispute prevention side, these include timing and coordination with respect to Advance Pricing Arrangements (APAs) and the observed decrease in coordinated joint audit activity in recent years. The importance of risk assessment was also highlighted, with reference made to coordinated risk assessments and initiatives such as ICAP that are focused on improving this. On the dispute resolution side, challenges referenced include the time taken to close MAP cases and the small number of countries committed to arbitration (although it was noted that a substantial portion of the current MAP inventory is covered by arbitration).

This session began with the release of the 2021 MAP statistics and included discussion of the current landscape with respect to tax certainty, with speakers from the OECD Secretariat, country delegates and a company tax executive.

Since 2016, the OECD has published annual MAP statistics as part of Action 14 “Making Dispute Resolution Mechanisms More Effective” of the Base Erosion and Profit Shifting (BEPS) project. Under Action 14, countries committed to a minimum standard to resolve treaty-related disputes in a timely, effective and efficient manner and this commitment included annual reporting of MAP statistics to provide transparency around dispute resolution efforts and progress. For 2021, the statistics include information for a total of 127 jurisdictions. Key highlights in the 2021 statistics include:

2021 saw an increase of approximately 7% for all cases compared with 2020.1 This consists of a 5% increase for new Transfer Pricing (TP) cases and 10% increase for new Other cases. There is a relatively even split between TP cases and Other cases. In 2021, a high number of old cases (pre 2016) were closed; this resulted in a 25% decrease in the old cases in the MAP inventory. Taking old and new cases together, the overall MAP inventory stabilized for the first time in 2021.

The time to close MAP cases is relatively similar to previous years with an average of 32.3 months for TP cases and 20.7 months for Other cases in 2021. The OECD Secretariat messaged that this average needs to go down. It was further noted that an uptake of binding arbitration would likely impact timeframes by encouraging timely resolution of cases.

Around 70% of total MAP cases are concentrated in the top 10 countries2 and around 40% in the top 5 countries (Germany, France, Italy, Spain, and India). Each reporting jurisdiction’s performance with respect to key indicators for MAP cases can be seen in separate breakdown reports and compared through an interactive tool developed by the OECD.

In 2021, 77% of total MAP cases closed and resolved the issue under dispute, either through:

No agreement was reached in only 2% of the MAP cases closed (including agreement to disagree). It was noted that these outcomes help to build taxpayer confidence in the MAP process.

The MAP Forum3 met on regular basis in 2022 with attendance of at least 130 country delegates at each meeting. Speakers provided a progress update on various workstreams of the MAP Forum, including:

In 2022, the MAP Forum completed the Stage 2 Peer Review Reports with a total of 82 jurisdictions peer reviewed. The peer review process established under BEPS Action 14 allows countries to provide and receive constructive feedback to and from peers on dispute resolution mechanisms. Speakers indicated that this drives progress, encouraging countries to address recommendations and areas for improvement. To help administer Action 14 more efficiently going forward, the MAP Forum continued work in 2022 reviewing the minimum standard with a focus on enhancing the assessment methodology for conducting peer reviews and the collection of statistics.

In 2022, the MAP Forum released the Manual on Bilateral APAs (BAPAM).4 A representative of the United Kingdom’s (UK) HM Revenue and Customs (HMRC) spoke about the process and highlighted some of the best practices.

Beginning in 2023, MAP training workshops will be delivered by the OECD Secretariat and a diverse range of competent authority representatives with a view to sharing best practices among competent authorities.

Beginning in 2023, the MAP Forum will explore APA-like agreements for areas outside of Transfer Pricing, with the aim of helping to increase tax certainty and prevention of disputes in areas that are not conventionally covered by APAs. It will also continue to explore innovative ways for moving forward the tax certainty agenda, such as ICAP.

The OECD continues to be highly supportive and invested in this voluntary risk assessment and assurance program, which has continued to grow following its initial pilots in 2018. Speakers noted that in the evolving tax landscape, with MAP inventory increasing and further pressure as more taxpayers seek tax certainty with the implementation of BEPS 2.0, tax authorities and taxpayers need to be innovative about resources and tools to achieve tax certainty. ICAP, which is multilateral by design and employs a risk assessment rather than audit approach, was described as presenting a new avenue for taxpayers to explore multilateral tax certainty, reducing the resource burden on both companies and tax authorities, and reducing the likelihood of disputes and the need for MAP.

A United States (US) Internal Revenue Service (IRS) representative confirmed the IRS’s strong support of ICAP and a company tax executive who had participated in ICAP shared positive experiences of the program. Some of the key messages were:

Tax certainty under Pillar One of BEPS 2.0

Tax certainty is an integral part of Amount A, compromising two building blocks: certainty over the application of rules for Amount A, and certainty over issues related to Amount A. As addressed in the Progress Report released in October 2022, the tax certainty framework for Amount A focuses on existing tax certainty tools covering three main elements: scope certainty, advance certainty and comprehensive certainty.5 Under the proposed approach, any unresolved disputes would be referred to a Determination Panel to provide mandatory, binding resolution.

Pillar One is a unique reallocation of profits around the globe and as Amount A is a multilateral system calculated at the group level, disputes regarding allocated profit amounts may have a knock-on effect resulting in multilateral disputes. Both taxpayers and tax authorities have similar concerns around time, resources, and prevention of double taxation. The main suggestion discussed was to include a multilateral dispute resolution framework in the Multilateral Convention on Amount A.

Advance certainty is also crucial for taxpayers to understand how ERP systems need to be amended to be able to fulfil the Amount A requirements.

Risks related to confidentiality and potential data leaks need to be mitigated.

OECD Secretariat and academic speakers suggested that tax certainty under Pillar Two should largely be covered through the introduction of global minimum tax rules in domestic law following the GloBE Model Rules and Commentary and the rule order embedded within those documents. Therefore, the OECD envisages only limited instances of disputes arising, for example on whether certain rules are GloBE compliant.

Potential avenues to address any disputes under Pillar Two that were discussed by the OECD Secretariat and academic speakers included:

Because a misalignment of the GloBE rules between two treaty partners may not be considered “taxation not in accordance with the provisions of this Convention,” Article 25(1) of the OECD Model Tax Convention has limitations with respect to GloBE disputes. However, Article 25(3), which provides that “the competent authorities of the contracting states may also consult together for the elimination of double taxation in cases not provided for in the Convention,” may provide flexibility for dispute resolution.

A multilateral instrument and a proposed domestic dispute provision for GloBE

These items are to be applied together with the provisions in the Convention on Mutual Administrative Assistance in Tax Matters (MAAC). This could produce an analogous effect to the MAP provided in double tax treaties and could be used as a basis for resolving GloBE disputes.

A key priority noted by the OECD Secretariat is to have as much agreed administrative guidance on the interpretation of the GloBE Model Rules as possible, including safe harbor rules. A suggestion was made for creation of a GloBE multilateral risk assessment platform and reference was made to leveraging learning from ICAP.

At the close of the meeting, the OECD Secretariat and the Chair of the Forum on Tax Administration announced the 2021 MAP awards, recognizing the efforts of competent authorities across a range of metrics in five categories:

The winners for the shortest time to close MAP cases are:

The winner for the smallest portion of outstanding cases received before 1 January 2016 in ending inventory is Canada (2.1%).

The winners for the highest closing percentage taking into account case outcomes are:

The winners for the most number of MAP cases fully resolved through agreement by a pair of jurisdictions as compared to their total MAP caseload are:

The annual Tax Certainty Day provides useful insights with respect to the tax certainty agenda being advanced by the OECD working with participating jurisdictions. It highlights the ongoing work focused on further improving dispute prevention and dispute resolution mechanisms. This year’s meeting also provided some perspectives on the tax certainty challenges posed under Pillars One and Two.

Tax certainty is critical in today’s constantly changing environment and businesses should continue exploring the various available dispute prevention and resolution mechanisms, both more traditional mechanisms such as MAPs and APAs and more novel options such as ICAP, joint audits and multilateral MAPs. Furthermore, businesses should monitor the significant ongoing developments in this space. With the expected introduction of BEPS 2.0 rules, dispute prevention through advance certainty may be more important than ever.